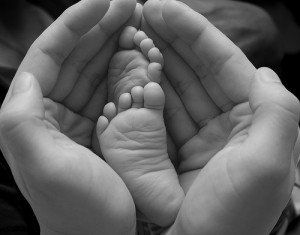 [separator]When I opened an email from my friend Patrick with two photos of his adoptive daughter Norma attached, I caught my breath. The first was a photo of her at three months old in a Shanghai hospital awaiting surgery to remove a spina bifida induced sac on the back of her neck a third the size of her head. The second was a recent photo of her ice skating in Central Park with her first grade class.[separator]Norma, who was born with spina bifida, was adopted by Patrick and his recently-late wife Cindy. Cindy, a successful businesswoman traveled the world and while volunteering in China in 2007, met Norma and moved to adopt her.[separator]Championing Norma’s rise to a becoming a walking, talking (now ice-skating) vibrant child was not enough for Cindy. She and Patrick were founding members of the Starfish Foster Home board of directors, helping to rescue infants with life-threatening illness and deformities, securing medical attention for them and facilitating their adoption. Starfish has now rescued 169 children, facilitated over 250 surgeries and over 100 children have been adopted.[separator]Patrick’s email and reflecting on the life of my amazing friend Cindy made me think. Katty Kay and Claire Shipman’s new self-help book for women, The Confidence Code: The Science and Art of Self-Assurance—What Women Should Know and Sheryl Sandberg’s book Lean In: Women, Work, and the Will to Lead focus on the ways women are falling behind men as leaders. While both books make valid points and we do need more women CEOs and political leaders, the reality is, millions of women already are confidently leaning in, including many mothers. In fact, mothers like my friend Cindy are change agents: they’re changing the lives of their children and also the lives of people in their community — and beyond. At Mother’s Day, let’s acknowledge and celebrate them.[separator]A woman I admire is Ellen Alemany, a member of the CIT Group Inc. board of directors who previously was head of RBS Americas, and recently received the lifetime achievement award at American Banker‘s Most Powerful Women in Banking gala. She is also mother to three children, the eldest of whom is severely disabled. Not only did she balance a demanding career with a full home life, but served on the board of her disabled daughter’s school and as chairperson of the March of Dimes New York Division board of directors. In 2012, she was honored for her dedicated leadership and long record of community service at an event which raised over $1 million in her honor for the Center for Discovery, the school her daughter attends.[separator]History is full of mothers who shaped the world, sometimes in surprising places. One of my favorite actresses is Katharine Hepburn and she is the product of a change agent mother, Katharine Houghton Hepburn. She received a Master’s degree in chemistry and physics in 1900, an uncommon achievement for woman of that era. While raising six children, she successfully lobbied for women’s right to vote and fewer restrictions on birth control clinics and sex education alongside Margaret Sanger. Her daughter, Katharine, not only became a powerful woman and actress thanks to her mother’s influence, but carried on her mother’s legacy to also publicly support reproductive rights.[separator]Like many people, I grew up with a change agent, my mother. At 23 years old, she found herself alone raising four children after the sudden disappearance of my father. She had no higher education and no financial support. With great resourcefulness, while raising us she earned a Master’s degree in rehabilitation counseling and spent 18 years helping children with disabilities succeed during high school. She also impacted the community by volunteering with Birth to Five, then Family Resources, equipping at-risk new mothers with skills to succeed as parents. My mother instilled in my siblings and me the value of education, hard work and giving back through community service. She has remained a role model to me, and has shaped me as a parent. As my daughter graduates from college next week, I am already seeing in her the legacy of my mother in her career aspiration to become a social worker, propelled by her deep compassion for people who are suffering.[separator]Additionally, in my 10 years as a leadership coach, I have witnessed scores of women – including many mothers — confidently find their voice, speak out on issues that deeply move them, take actions that have changed lives and serve as models for graceful leadership. The examples my clients set are sometimes small, but they reinforce that the world can be changed one person at a time.[separator]As I reflect on and celebrate all of the strong, influential women I know like my friend Cindy and my mother, I am proud to be a woman and a mother, too. We are strong, confident, change agents who have made and will continue to make the world a better place.[separator]Who are the mothers you know who are changing the world for the better?[separator]Suzanne McFarlin is a Board Certified Coach and Executive Director of Greater Tucson Leadership and a Public Voices Fellow with The OpEd Project. She tweets from @suzannemcfarlin[separator]